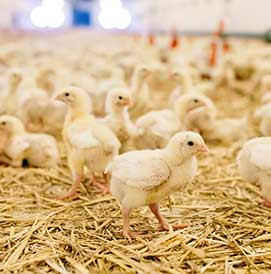 But it turns out that chicken is more than just a protein source and a producer of eggs. There are many interesting things that not many people know about the world of chickens. Here are 21 unique facts about chickens that can surprise you.

1. There are four times more chickens than humans

There are approximately 25 billion chickens worldwide. This amount is equivalent to 4 times the number of humans. But this seems to make sense because chicken is the favorite food of humans. Chicken is bred all over the world to meet the demand for chicken meat.

2. Thousands of chickens are slaughtered every second

So high is the need for chicken from around the world that every second, 2000 chickens are being slaughtered.

3. Trillions of chicken eggs are produced every year

Hens can produce an average of 300 eggs per year. If only half of the 25 billion chickens in the world are hens (although the proportion of the number of hens is much higher than that of roosters), then the total yearly production of chicken eggs is 3.75 trillion eggs.

It turns out that chickens are quite intelligent animals. They can remember and distinguish more than 100 faces of fellow chickens and humans. They can also see colors and dream in colors.

5. Chickens can communicate well with each other

Even though they are not able to use smartphones, chickens have quite sophisticated communication methods. They exchange information using 30 different voices.

6. Chickens understand the concept of the existence of objects

7. Chickens start communicating since they were still inside the egg

Who says only humans and mammals can talk to their unborn babies? The mother hen also communicates with her chicks before they hatch. And the chicks can also answer from inside the egg!

The mother hen takes care of her chicks wholeheartedly. In addition to talking to the unhatched chicks, the mother hen is also diligent in turning the eggs she is incubating up to 50 times a day. This is to ensure that all parts of the eggs are kept warm.

After the chicks hatch, the mother will protect them with her life. He dared to attack all bullies despite their size. She also teaches her chicks what was edible and what could not be eaten.

10. Chickens are the offspring of the terrifying dinosaurs

Who would have thought that chickens were great-grandchildren of one of the terrifying dinosaurs? Who else but T-Rex. This was revealed after a study of the composition of chicken DNA in 2004.

If you live in a village and have neighbors who raise chickens, they are usually allowed to roam free. But every time, they always come back to their cage. Have you ever seen a lost chicken? Me neither. This is because the vision ability of chickens exceeds that of humans. He can see the spectrum of UltraViolet light and use the sun to determine the direction and navigate.

Besides having a fair hearing, it turns out that Chickens can also improve their hearing system. If their hearing ability starts to diminish, chickens can grow new hearing cells that can restore their condition to nearly 100 percent.

13. If hungry, the chicken (might) tries to eat its friend

In broiler farms where there is less time to eat, some chickens will peck their friends until they are injured, and this will continue until the wounds get bigger. The real reason for this action was not yet certain, but perhaps the chicken was trying to eat its friend.

This is usually overcome by cutting the beak of the chicken to not injure the other chickens.

14. Hens can lay eggs without a rooster

Many people assume that hens can only continue laying eggs if there is a rooster. This turned out to be wrong. Naturally, the hen continues to produce eggs.

The job of the rooster is only to fertilize the egg. Without the rooster, the resulting eggs will become infertile eggs or eggs that are unlikely to hatch.

Apart from "natural" foods such as whole grains, chickens also eat small gravel. This is done not because the chicken likes the gravel’s taste but the gravel is used to aid digestion.

16. The size of the chicken eggs is directly proportional to the age of the hen

The older a hen is, the bigger the egg size. However, the amount of egg production will also decrease with the increasing age of laying hens.

17. Laying hens turned out to be emotionally unstable

Laying hens are very sensitive, easily stressed, and easily startled. If they are in a place that is too crowded, egg production will decrease. The sound of lightning can also startle laying hens. That's why chicken farms are usually located in a location far from the commotion.

18. Chickens can live without a head

This is not part of a horror film story, but a unique fact about chickens that is hard to believe. If you have ever seen someone slaughter a chicken, you will know that his body will still be able to move after losing its head. This is possible because the bird's body can still produce nerve impulses.

According to the Guinness Book of Records, there was a headless chicken that could live up to 18 months. His name was Mike, and he lived in 1945 in the city of Fruta, USA.

19. Chickens have a regular life schedule

It turns out that the chicken's life is very organized. They always sleep when the sun goes down, and they wake up at dawn in the morning. The rooster also crows when the sun rises to help wake up all the members of the farm.

20. Roosters can predict the weather

Apart from waking us up on time every sunrise, roosters are also experts at predicting the weather. For example, if a rooster starts crowing after sunset, the weather will change. If they crow in the middle of the night, it will rain the next day.

If it rains and the chicken run to the stable, the rain won't last long. But if the chickens don't care about the rain, the rain will stay for a while.

21. Chickens have a clear social hierarchy

The rooster is the leader of the group, while the others are his subordinates. As the group leader, the rooster is responsible for waking the group, calling and notifying food, overcoming and preventing conflicts among group members, directing the hen to lay eggs in the cage, and protecting their family from predators.

So of all these unique facts about chickens, how many do you already know? Write in the comments below. 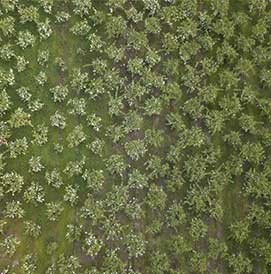